Whilst working hard on the pre-production for our short later this year, suddenly the world stood still. But at the same time, it didn’t. Here comes a new short-short (movie), an extra in-between treat!
[note: this production has nothing to do with the movie later this year]

Introduction
The film project (Lingerlust) was realized during self-quarantine times. The impulse was bilateral: combining personal goals (staying creative as an actor) with the current situation (partially having to stay at home). Inspiration came, and within days a screenplay was born. The film is an short (about 6 minutes). It is an ‘at home’ project: meaning that due to not being able to let a crew gather, the film is shot by one person at one location. All participants worked from distance.
#dosomethingbeautiful

Synopsis
A ghost awaits anxiously if the recently deceased woman he haunted for years, will now be his housemate. 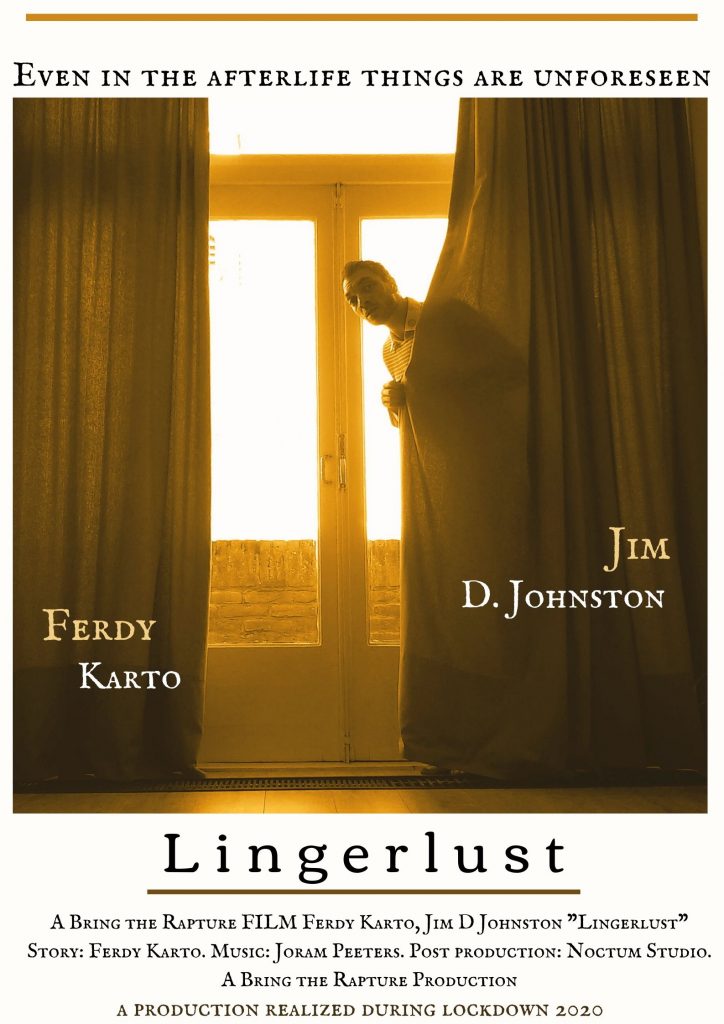 This project is in collaboration with Noctum Studios & Joram Peeters.